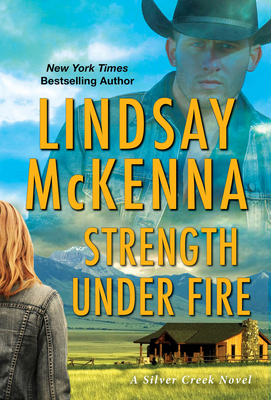 This is book number 3 in the Silver Creek series.


Bereft after the brutal loss of her parents, Dana Scott sinks nearly every dime of her inheritance into buying Wildflower ranch, believing that once she restores the rustic cabin, and farms the untamed acreage, her soul will be whole once more. Hiring wrangler Colin Gallagher to help out just makes sense. But as she works side by side with the handsome loner, she feels an unexpected kinship, and a longing for connection she believed was lost to her forever...

Colin is only in Silver Creek long enough to make some money and move on. Restless, spiritually broken, the former Army Ranger has nothing left to give after his harrowing time in battle. But helping Dana make a life for herself has him yearning for more. Until the domestic terrorists that destroyed Dana’s family catch up with her, determined to silence her forever. It’s a threat that has Colin calling on all his considerable training to keep safe the woman who has taken hold of his heart...

Lindsay McKenna is a New York Times and USA Today bestselling pioneer of the romance genre, with over 175 titles to her credit and nearly 23 million books sold across 33 countries. Known as “The Top Gun of Women’s Military Fiction,” she was an originator of the military romance with her 1983 novel, Captive of Fate, and was the first bestselling women’s fiction author to publish a novel as digital-only in 1999. Lindsay McKenna’s father, who served in the Pacific theater during World War II, instilled a strong sense of patriotism and duty in his daughter, who is a U.S. Navy veteran. She served her country as a meteorologist in the Navy, and is dedicated to honoring our military men and women. Please visit her online at LindsayMcKenna.com.