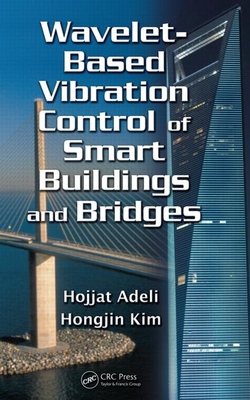 By Hojjat Adeli, Hongjin Kim
$52.95
Unavailable, Out of Stock, or Out of Print

Earthquakes, bridge collapses, and other natural disasters have dominated news coverage in the last few years. Aging infrastructure needs to be rehabilitated and new infrastructure needs to be designed differently. Presenting a highly innovative, modern approach verging on the futuristic, Wavelet-Based Vibration Control of Smart Buildings and Bridges discusses a new generation of building and bridge structures that not only withstands generation is singular] the destructive effects of nature but is also impact and explosion resistant.

Based on the groundbreaking work of Hojit Adeli, the book introduces the new mathematical concept of wavelets into the field of structural vibration control. It presents a new control algorithm for robust control of smart civil structures subjected to destructive environmental forces, such as earthquakes and wind. It then discusses a new hybrid control system, the hybrid tuned liquid column damper (TLCD) system. The new hybrid control system, which combines passive and semi-active control systems, is intended to achieve increased reliability and maximum operability of the control system during power failure and to eliminate the need for a larger power requirement.

The great majority of papers published in this area of active structural vibration control deal with small or academic problems. The models in this book have been tested and their effectiveness evaluated extensively on small problems for the sake of comparison with other methods and results reported in the literature. The authors go one step further and apply them to realistic and large building and bridge structures to demonstrate the applicability of the new smart technology to large real-world civil structures. Balancing coverage between theory and application, the book demonstrates the benefits of the new smart technology in the design of structures that are safer and more sustainable.