The Human Planet: Earth at the Dawn of the Anthropocene (Hardcover) 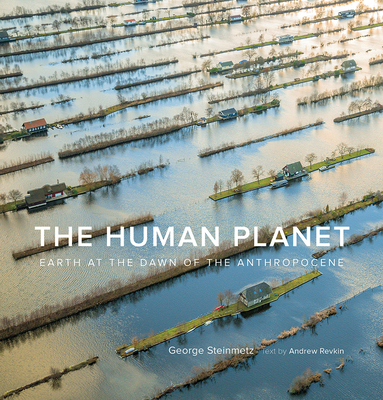 A dynamic aerial exploration of our changing planet, published on the 50th anniversary of Earth Day

The Human Planet is a sweeping visual chronicle of the Earth today from a photographer who has circled the globe to report on such urgent issues as climate change, sustainable agriculture, and the ever-expanding human footprint. George Steinmetz is at home on every continent, documenting both untrammeled nature and the human project that relentlessly redesigns the planet in its quest to build shelter, grow food, generate energy, and create beauty through art and architecture. In his images, accompanied by authoritative text by renowned science writer Andrew Revkin, we are encountering the dramatic and perplexing new face of our ancient home.

George Steinmetz is known for his ambitious photographic projects for National Geographic, the New York Times, the National Science Foundation, and other leading journalistic and scienti?c institutions. His books for Abrams include New York Air (2015), Desert Air (2012), Empty Quarter (2009), and African Air (2008). He lives in New Jersey. Andrew Revkin has won most of the top awards in science journalism over a three-decades-long career including 21 years at the New York Times. He lives in New York’s Hudson River Valley.