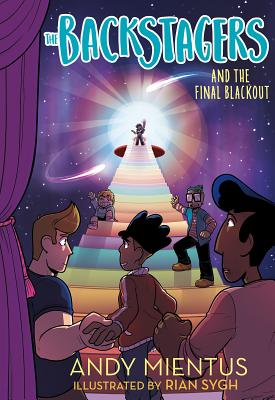 This is book number 3 in the The Backstagers series.

Andy Mientus is an actor, singer, and songwriter who is known for his roles in Spring Awakening, Wicked, and Les Mise´rables on Broadway, and Smash and The Flash on television. He lives in New York City.

Rian Sygh is a comic artist and cocreator, along with James Tyrion IV, of the award-winning Backstagers comics. He lives in Glendale, California.