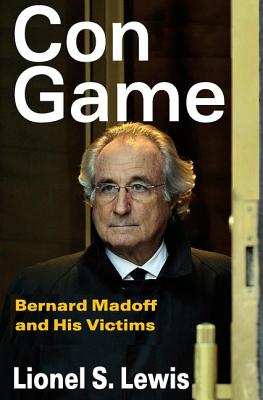 Bernard Madoff's financial fraud was global, an enormous amount of money was involved, and thousands of people and hundreds of institutions were swindled. Madoff's con game was a Ponzi scheme--an investment that pays returns to early investors from money acquired from subsequent investors.

This case study of the Madoff scheme looks at the effects of his crimes on the victims. Elements from a theoretical framework put forward by Erving Goffman provide a perspective for understanding the development and the aftermath of Madoff's con. For example, as Goffman would have put it, Madoff's "marks were not cooled out." Many did not accept the fact that they were victims of a con game and publicly clamored for sympathy, restitution, and for public officials to share their perspective.

Inside men, ropers, outside men, and victims are at the core of con games. Lionel S. Lewis emphasizes that it is important to understand a con game's characteristics so as to grasp how it operates. The Madoff fraud includes elements of a variety of con games. For a comprehensive study of this economic crime, the "case study" must be seen as part of the broader social system. Considerably more is known about the dynamics of con games than about Ponzi schemes, and this fact frames this book's approach. To better understand what Madoff did, who was central in keeping his scheme alive, whom he defrauded, and how they reacted, this work is as invaluable as it is illuminating.