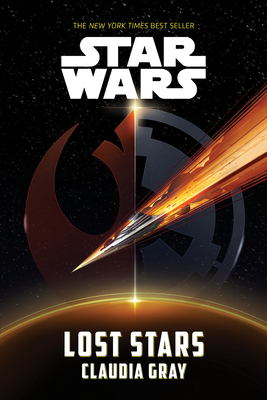 This New York Times best-selling Star Wars Young Adult novel now available on paperback!
The reign of the Galactic Empire has reached the Outer Rim planet of Jelucan, where aristocratic Thane Kyrell and rural villager Ciena Ree bond over their love of flying. Enrolling at the Imperial Academy is nothing less than a dream come true for both of them. But Thane sours on the dream when he sees firsthand the horrific tactics the Empire uses to maintain its ironclad rule.
Bitter and disillusioned, he joins the fledgling Rebellion--putting Ciena in an unbearable position between her loyalty to the Empire and her love for the man she''s known since childhood.
Now on opposite sides of the war, will these friends turned foes ever find a way to be together, or will duty tear them--and the galaxy--apart?
This paperback edition includes the exciting first chapter from Claudia Gray''s novel, Leia: Princess of Alderaan.

Claudia Gray is the author of Star Wars: Bloodline and Defy the Stars, as well as the Firebird series, the Evernight series and the Spellcaster series. She has worked as a lawyer, a journalist, a disc jockey, and a particularly ineffective waitress. Her lifelong interests include old houses, classic movies, vintage style, and history. She lives in New Orleans. Find her at claudiagray.com, facebook.com/authorclaudiagray, and @claudiagray.

"...raw, thought-provoking, and unlike any other Star Wars story..."—Nerdist

"Put simply, if you like Star Wars, then you can''t go wrong with Lost Stars... Is it the best novel in the Star Wars universe? Maybe so."—SF Signal

"...Gray crafts a well-written, enthralling narrative that will appeal to Star Wars fans of all ages."—New York Daily News

"...the best novel in the new Star Wars canon...Claudia Gray not only does great character work, but she knows her way around a swashbuckling action scene."—Uproxx

"Here''s the pitch: A rebel and an Imperial fall in love against the backdrop of the entire Star Wars trilogy. Sounds like a winner, right? It is."—io9

"Writing new characters into such a beloved universe is no small feat, but Gray does it with ease--and I loved every moment of this novel."—Kirkus Reviews