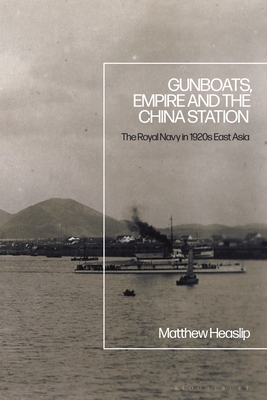 Examining Britain's imperial outposts in 1920s East Asia, this book explores the changes and challenges affecting the Royal Navy's third largest fleet, the China Station, as its crews fought to hold back the changing tides of fortune.

Bridging the gap between high level naval strategy and everyday imperial culture, Heaslip highlights the importance of the China Station to the British imperial system, foreign policy and East Asian geopolitics, while also revealing the lived experiences of these imperial outposts. Following their immersion into a new world and the challenges they encountered along the way, it considers how its naval officers were perceived by the Chinese populations of the ports they visited, how the two communities interacted and what this meant at a time of 'peace'. Against the changing nature of Britain's informal empire in the 1920s, Gunboats, Empire and the China Station highlights the complex nature of naval operations in-between major conflicts, and calls into question how peaceful this peacetime truly was.

Matthew Heaslip is Lecturer in Naval History at the University of Portsmouth, UK.