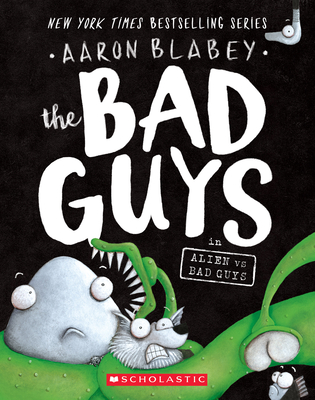 By Aaron Blabey
$5.99
In Stock Now - Click Title to See Store Inventory. Please allow up to 48-hours for Curbside Pickup orders to be processed.

This is book number 6 in the The Bad Guys series.

The Bad Guys are vanishing! A creature with TONS of teeth and WAY too many butts is stealing them, one by one. Is this the end for the Bad Guys? Maybe. Will it be funny? You bet your butts it will!