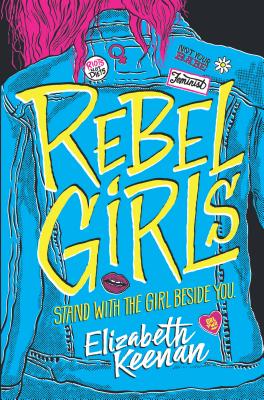 "Echoing the punk-rock feminist movement of the early '90s, debut author Keenan creates a timely narrative that will challenge teens to reflect on their personal values and engage in respectful discourse. A must-read." -Kirkus, starred review When it comes to being social, Athena Graves is far more comfortable creating a mixtape playlist than she is talking to cute boys--or anyone, for that matter. Plus her staunchly feminist views and love of punk rock aren't exactly mainstream at St. Ann's, her conservative Catholic high school. Then a malicious rumor starts spreading through the halls...a rumor that her popular, pretty, pro-life sister had an abortion over the summer. A rumor that has the power to not only hurt Helen, but possibly see her expelled. Despite their wildly contrasting views, Athena, Helen, and their friends must find a way to convince the student body and the administration that it doesn't matter what Helen did or didn't do...even if their riot grrrl protests result in the expulsion of their entire rebel girl gang.