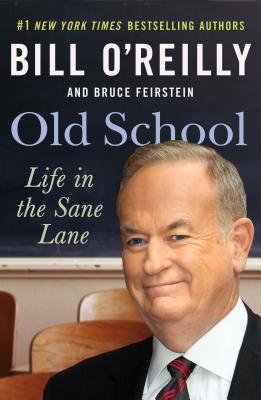 By Bill O'Reilly, Bruce Feirstein
$16.99
Unavailable, Out of Stock, or Out of Print

You have probably heard the term Old School, but what you might not know is that there is a concentrated effort to tear that school down.

It’s a values thing. The anti–Old School forces believe the traditional way of looking at life is oppressive. Not inclusive. The Old School way may harbor microaggressions. Therefore, Old School philosophy must be diminished.

Those crusading against Old School now have a name: Snowflakes. You may have seen them on cable TV whining about social injustice and income inequality. You may have heard them cheering Bernie Sanders as he suggested the government pay for almost everything. The Snowflake movement is proud and loud, and they don’t like Old School grads.

So where are you in all this?

Did you get up this morning knowing there are mountains to climb —and deciding how you are going to climb them? Do you show up on time? Do you still bend over to pick up a penny? If so, you’re Old School.

Or did you wake up whining about safe spaces and trigger warnings? Do you feel marginalized by your college’s mascot? Do you look for something to get outraged about, every single day, so you can fire off a tweet defending your exquisitely precious sensibilities? Then you’re a Snowflake.

This book will explain the looming confrontation so even the ladies on The View can understand it.

Time to take a stand. Old School or Snowflake. Which will it be?

Bill O'Reilly's success in broadcasting and publishing is unmatched. The iconic anchor of The O'Reilly Factor led the program to the status of the highest rated cable news broadcast in the nation for sixteen consecutive years. His website BillOReilly.com is followed by millions all over the world.

In addition, he has authored an astonishing 12 number one ranked non-fiction books including the historical "Killing" series. Mr. O'Reilly currently has 17 million books in print.

Bill O'Reilly has been a broadcaster for 42 years. He has been awarded three Emmy's and a number of other journalism accolades. He was a national correspondent for CBS News and ABC News as well as a reporter-anchor for WCBS-TV in New York City among other high profile jobs.

Bill O'Reilly lives on Long Island where he was raised. His philanthropic enterprises have raised tens of millions for people in need and wounded American veterans.

Bruce Feirstein is a screenwriter of the James Bond films GoldenEye, Tomorrow Never Dies, and The World Is Not Enough and the New York Times bestselling author of Real Men Don’t Eat Quiche. He has written for The New York Times and The Wall Street Journal and has been a contributing editor at Vanity Fair since 1994.