The Lost Girls: The True Story of the Cleveland Abductions and the Incredible Rescue of Michelle Knight, Amanda Berry, and Gina DeJesus (Hardcover) 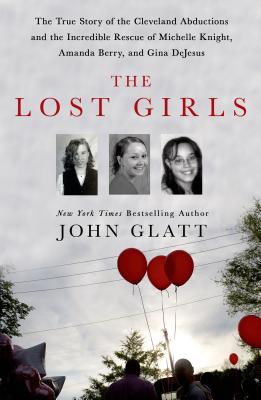 The Lost Girls tells the truly amazing story of Amanda Berry, Gina DeJesus and Michelle Knight, who were kidnapped, imprisoned, and repeatedly raped and beaten in a Cleveland house for over a decade by Ariel Castro, and their amazing escape in May 2013, which made headlines all over the world.
The book has an exclusive interview and photographs of Ariel Castro's secret fiancé, who spent many romantic nights in his house of horror, without realizing he had bound and chained captives just a few feet away. There are also revealing interviews with several Castro family members, musician friends and several neighbors who witnessed the dramatic rescue.

English-born JOHN GLATT is the author of more than twenty-five books including The Lost Girls and My Sweet Angel, and has over thirty years of experience as an investigative journalist in England and America. He has appeared on television and radio programs all over the world, including Dateline NBC, Fox News, ABC’s 20/20, BBC World News, and A&E Biography.

“The murder case John Glatt recounts in lurid detail is too bizarre for a work of fiction. . . . a true crime story harking back to the fabled era when stars like Elvis Presley and Frank Sinatra entertained the crowds at the front of the house while mobsters ran the show behind the scenes.” —New York Times Book Review on Prince of Paradise