The Water Rat of Wanchai: An Ava Lee Novel (Paperback) 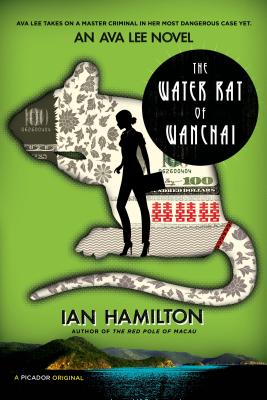 This is book number 4 in the An Ava Lee Novel series.

In Ian Hamilton's The Water Rat of Wanchai, we meet forensic accountant and martial arts expert Ava Lee in her early days working for the mysterious businessman Uncle as they track down large sums of money that have disappeared. One of Uncle's longtime friends has requested help for his nephew, who needs to recover five million dollars from a business deal that went sideways. Ava steps in and immediately is off on a global hunt for the missing money that has her dodging shady characters.

On a journey that takes her from Seattle to Hong Kong, Bangkok, Guyana, and the British Virgin Islands, Ava encounters everything from the Thai katoey culture to corrupt government officials. In Guyana she meets her match: Captain Robbins, a godfather-like figure who controls the police, politicians, and criminals alike. In exchange for his help, Robbins decides he wants a piece of Ava's five million dollars and will do whatever it takes to get his fair share.

Ian Hamilton has had a range of careers over the span of his life, from journalist to diplomat, but it wasn’t until a health scare that he sat down to write his first novel. Ava Lee was the heroine that came to him and so the series was born. Hamilton’s journalism has been featured in Maclean’s and Saturday Night Magazine. He is the author of The Disciple of Las Vegas, The Wild Beasts of Wuhan, The Red Pole of Macau, and The Water Rat of Wanchai. He lives in Burlington, Ontario, with his wife, Lorraine. He has four children and seven grandchildren.

“Hamilton makes each page crackle with the kind of energy that could easily jump to the movie screen.” —Rachel Kramer Bussel, Penthouse

“Formidable...Ava Lee is unbeatable at just about everything....She's perfect.” —The Toronto Star