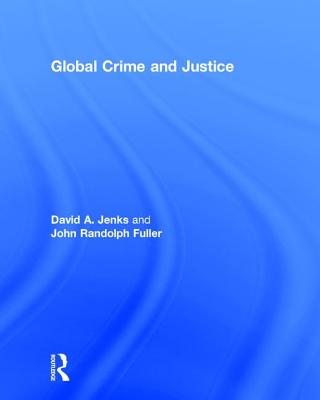 By David Jenks, John Randolph Fuller
$325.00
Unavailable, Out of Stock, or Out of Print

Global Crime and Justice offers a truly transnational examination of both deviance and social controls around the world. Unlike comparative textbooks detailing the criminal justice systems of a few select nations, or cataloging types of international crimes that span multiple legal jurisdictions, Global Crime and Justice provides a critical and integrated investigation into the nature of crime and how different societies react to it. The book first details various types of international crime, including genocide, war crimes, international drug and weapons smuggling, terrorism, slavery, and human trafficking. The second half covers international law, international crime control, the use of martial law, and the challenges of balancing public order with human and civil rights.

Global Crime and Justice is suitable for use in criminology and criminal justice departments, as well as in political science, international relations, and global studies programs. It will appeal to all who seek an academically rigorous and comprehensive treatment of the international and transnational issues of crime and social order.

David A. Jenks received his Ph.D. from Florida State University and is currently the Interim Associate Vice President for Academic Affairs and a Professor of Criminology at the University of West Georgia. His research interests vary, but are currently focused on comparative/international policing, organizational administration and leadership, and higher education. Dr. Jenks has worked for and with the International Scientific and Professional Advisory Council of the United Nations, the Geneva Centre for the Democratic Control of Armed Forces, the Los Angeles Police Department, and the United States Department of State.John Randolph Fuller brings both an academic and an applied background to his scholarship in criminology. Fuller received his Bachelor of University Studies degree from the University of New Mexico and his Master of Science and Doctor of Philosophy degrees from the School of Criminology at Florida State University. Fuller has taught at the University of West Georgia since 1981 and has been recognized by students as a superior teacher and advisor. In 1991 he was named the College of Arts and Sciences Faculty Member of the Year, and in 2001 he was given Professor of the Year Award by the Honors College. In addition to numerous journal articles and book chapters, Fuller published six books on topics ranging from juvenile delinquency to peacemaking criminology. He is a frequent presenter at meetings of both the American Society of Criminology and the Academy of Criminal Justice Sciences. Additionally, he served as the Faculty Ombuds at the University of West Georgia, where he endeavored to resolve conflicts for faculty, students, and administrators.