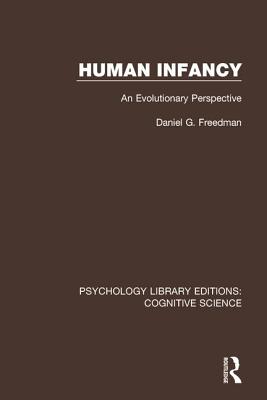 By Daniel G. Freedman
This Book Is Not Sold Online - Inquire In Store

Originally published in 1974, this volume is primarily devoted to what is known about human infancy from an ethological, evolutionary viewpoint. Included are discussions of pan-specific traits, presumably shared by all infants; individual genetic variations on these behaviours (as judged by twin-studies); sex differences, presumably shared by infants of all ethnic groups; and genetically based ethnic differences. However, the author favours neither biological determinism nor cultural determinism, and does not consider 'interactionism' to be a viable solution. Instead, a monistic position is taken, stressing the inseparability of the innate and the acquired, of genetics and environment, and of biology and culture.

The heredity-environment issue is tackled head-on throughout the volume. The interaction between the two (an implied dualism) is described as a statistical abstraction from measured populations, while the position here is that heredity and environment are not separable in any single organism. In the same vein, the author argues that on logical grounds everything one does, every 'cultural' act, has within it some biological component.