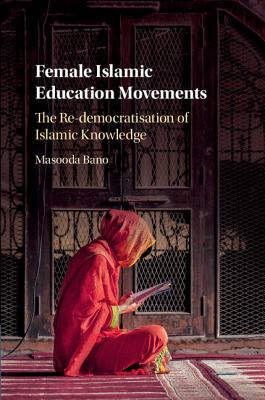 Since the 1970s, movements aimed at giving Muslim women access to the serious study of Islamic texts have emerged across the world. In this book, Masooda Bano argues that the creative spirit that marked the rise and consolidation of Islam, whereby Islam inspired serious intellectual engagement to create optimal societal institutions, can be found within these education movements. Drawing on rich ethnographic material from Pakistan, northern Nigeria and Syria, Bano questions the restricted notion of agency associated with these movements, exploring the educational networks which have attracted educated, professional and culturally progressive Muslim women to textual study, thus helping to reverse the most damaging legacy of colonial rule in Muslim societies: the isolation of modern and Islamic knowledge. With its comparative approach, this will appeal to those studying and researching the role of women across Africa, the Middle East and South Asia, as well as the wider Muslim world.