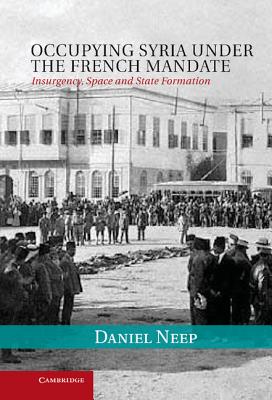 What role does military force play during a colonial occupation? The answer seems obvious: coercion crushes local resistance, quashes political dissent, and consolidates the dominance of the occupying power. However, as this discerning and theoretically rigorous study suggests, violence can have much more ambiguous consequences. Set in Syria during the French Mandate from 1920 to 1946, the book explores a turbulent period in which conflict between armed Syrian insurgents and French military forces not only determined the strategic objectives of the colonial state, but also transformed how the colonial state organised, controlled, and understood Syrian society, geography, and population. In addition to the coercive techniques of airpower, collective punishment, and colonial policing, the book shows how civilian technologies such as urban planning and engineering were also commandeered in the effort to undermine rebel advances. In this way, colonial violence had a lasting effect in Syria, shaping a peculiar form of social order that endured well after the French occupation. As the conclusion surmises, the interplay between violence, spatial colonisation, and pacification continues to resonate with recent developments in the region.