Twilight Of The Idols and The Anti-Christ (Paperback) 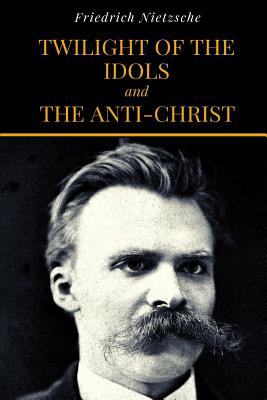 By Friedrich Wilhelm Nietzsche
$9.95
Unavailable, Out of Stock, or Out of Print

Of The Twilight of the Idols, Nietzsche says in Ecce Homo (p. 118): -"If anyone should desire to obtain a rapid sketch of how everything before my time was standing on its head, he should begin reading me in this book. That which is called 'Idols' on the title-page is simply the old truth that has been believed in hitherto. In plain English, The Twilight of the Idols means that the old truth is on its last legs." Certain it is that, for a rapid survey of the whole of Nietzsche's doctrine, no book, save perhaps the section entitled "Of Old and New Tables" in Thus Spake Zarathustra, could be of more real value than The Twilight of the Idols. Here Nietzsche is quite at his best. He is ripe for the marvellous feat of the transvaluation of all values. Nowhere is his language-that marvellous weapon which in his hand became at once so supple and so murderous-more forcible and more condensed. Nowhere are his thoughts more profound. Nietzsche must have started upon the "Antichrist," immediately after having dispatched the "Idle Hours of a Psychologist" to the printers, and the work appears to have been finished at the end of September 1888. Nietzsche calls this book "An Attempted Criticism of Christianity." Modest as this sub-title is, it will probably seem not quite modest enough to those who think that Nietzsche fell far short of doing justice to their Holy Creed. Be this as it may, there is the solution of a certain profound problem in this book, which, while it is the key to all Nietzscheism, is also the justification and the sanctification of Nietzsche's cause. The problem stated quite plainly is this: "To what end did Christianity avail itself of falsehood?" Many readers of this amazing little work, who happen to be acquainted with Nietzsche's doctrine of Art and of Ruling, will probably feel slightly confused at the constant deprecation of falsehood, of deception, and of arbitrary make-believe, which seems to run through this book like a litany in praise of a certain Absolute Truth.