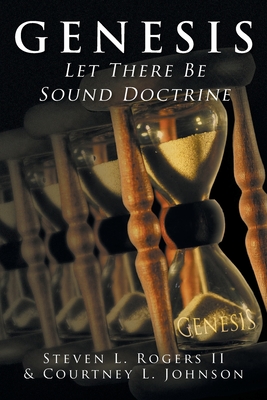 As a sergeant in the United States Marine Corps, my sworn duty was to guide, teach, and protect those who served in subordinate positions. In this role, it was critical to provide clear and concise information so that those who trusted my leadership would not be ignorant of the mission or threats. The Apostle Paul gives an explicit command to believers to "Study to shew thyself approved unto God, a workman that needeth not to be ashamed, rightly dividing the word of truth."

The reader should be forewarned this written work takes an unwavering confrontational approach with the sword of doctrine to pierce and cut away the customs, traditions, political correctness, spiritualism, and ignorance that has infiltrated and infected the body of Christ that is yielding illiterate believers that are unable to prove and defend the faith.

Lastly, not all doctrine is sound. Sound doctrine is truth that has been established in Genesis and echoes throughout eternity without changing with the seasons of moral relativism, humanism, and ecumenicalism. Genesis: Let There Be Sound Doctrine is a book written to fulfill Paul's command to educate and encourage the Christian believer in the undeniable truths of God's creation, His identity, and plan of salvation. In this pursuit, physical evidence is accompanied by Holy Ghost revelation expressed in a palatable way so the reader can harmonize their beliefs with the sound spoken from heaven.