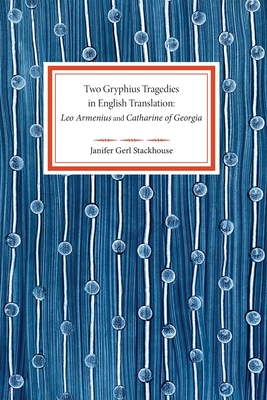 How do the first tragic plays of Andreas Gryphius (1616-1664) shed light on today's political unrest and religious controversies in the Middle East and the Caucasus? Frequent updates remind us that revolt, imprisonment, torture, execution, and beheading still transpire in these regions. Such reports unveil remarkable parallels to the shocking and detailed accounts offered by Gryphius in his first two tragedies. The neighboring powers of Iran, Russia, and Turkey continue to exert influence on nearby minor states. Regional conflict among religions and between forces vying for political power remains the same today as during the lifetime of Gryphius. Such discord also triggered the earlier historic events he drew upon in his tragedies to proclaim the vanity of a transitory world. His plays explore the themes of justice, both human and divine, and conflict in politics, religion, and society as revealed through the destinies of specific historic characters. They voice the tragic continuum of human folly.

In 1646 Gryphius selected a remarkable historic event from the year 820, the murder of the Byzantine emperor Leo Armenius, for his first tragedy. His second tragedy, Catharine of Georgia, depicts the 1624 execution of the Georgian queen at the command of Shah Abbas I of Persia. Although these tragedies recapture events occurring eight hundred years apart, both deal with issues very familiar to contemporaries of Gryphius. Now, yet another four hundred years later, these regional problems continue to threaten world peace and stability. Because these issues underlie current news reports that reach us daily, the historical tragedies of Gryphius remain contemporary and compelling.

The Stackhouse translations introduce a new reading audience to the first tragedies by the father of German drama. Although many important European works have become accessible internationally in English translation, the gems of German baroque drama have remained unavailable to non-readers of German until now. The time is ripe for Gryphius to emerge from the wings and appear on the stage of world drama

In addition to two five-act dramas with choruses, the book includes: