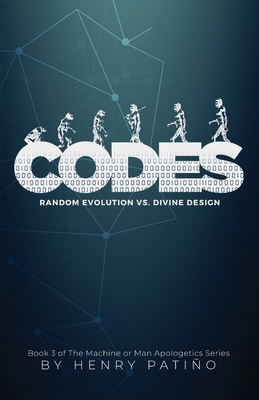 Nature cannot produce codes. Codes are the product of a mind. It would be irrational for us to expect that the Morse code or the Braille reading method could be invented by random processes. As another example, the sentence "My name is Henry" is written in the English language. Each of the letters in that sentence contains specific information that, when placed together, performs a function. That idea is viewed as specified complexity because it transfers functional information in asymmetrical codes. It is not the simple complexity of repetitive symmetrical patterns created by nature.

In this book, author Henry Pati o explains the intricacy of the DNA four-letter code and the 20-letter code of the proteins, along with how their languages were designed to communicate with each other. Henry documents the fact that DNA cannot function without proteins, and proteins cannot be produced without the DNA code.

Upon completing Codes, readers will have a firm understanding of how codes show a divine designer instead of random evolution. Readers will understand the multiple metabolic processes that are interdependent and could only function as a whole--there can be no discreet evolutionary steps since all would have had to evolve simultaneously. Come along with Henry Pati o and learn the incredible complexity of the life that surrounds us