Outdoor Photography of Japan: Through the Seasons (Hardcover) 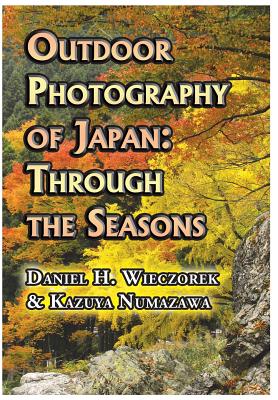 This is a book of photographs which were taken in eastern and northern Japan (most of the prefectures to the east and north of the black line on the map below) through the four seasons of the year. At the time this book was published (June 2011) Daniel had been living in Japan for over 10 years and he and Kazuya Numazawa had known each other for about 9.5 of those years. They spent a good deal of their weekend and vacation time traveling around together, doing photography in northern and eastern Japan and exhibiting their work on their respective websites. Friends had been encouraging them to prepare a book of their photos so that the world could see and enjoy them. They finally got around to doing just that. This book highlights approximately 450 of their best photos years taken during the 9.5 years which they had traveled around together at that time. The photos range from astounding mountain scenery taken through the seasons to close-up photos of flowers - also through the seasons. If you wonder what Japan has to offer the traveler or tourist, this book will give you some hints and clues as to what you might be able to see if you travel to Japan in any of the four seasons. This book takes you as far north as you can go on Hokkaido, the Northern Island, as well as to Akita, Aomori, Fukushima, Gifu, Gunma, Kanagawa, Nagano, Niigata, Saitama, Shizuoka, Tochigi, Toyama, Yamagata and Yamanashi Prefectures. (By the way - Daniel & Kazuya are still traveling around together, taking photographs and enjoying life as this is being written in 2015.)