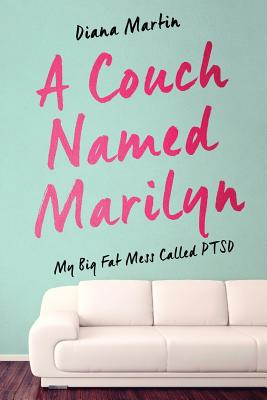 Riding the housing boom of the 2000s, Diana Martin combed Austin for tired, rundown bungalows, bought them, and, with artistic flair, recast them into little gems for people looking for custom homes. Then Wall Street crashed. Trapped with three houses in a market where no one was buying, she couldn't make her mortgage payments. The banks--the same ones begging for government bailouts--began moving against her.

Desperate to sell, she opened the door to an interested buyer--who tied her up, pistol-whipped her, and forced her onto her bed to rape her...

Unemployed, bankrupt, and brutalized by the attack, Diana tumbled into the hell of post-traumatic-stress, mentally replaying the attack over and over again.

Day after day, Diana lay on a couch named Marilyn, slowly recovering from a life shattered by faceless bankers and a random stranger with a pistol and his own urgent needs.

This is the story of an indomitable woman who, with courage, uncanny humor, and the saintly aid of Marilyn, climbed out of the abyss of PTSD and in to the next chapter of her life.