Breaking the Free Will Illusion for the Betterment of Humankind (Paperback) 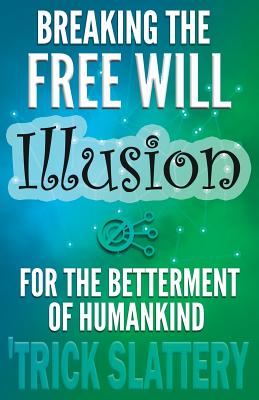 Learn why the belief in free will doesn't make sense, and why you and the rest of humankind will be better off abandoning it Free will is an ability many think they posses. Most, however, aren't aware of the dangers imposed by such a belief, and have never thought about free will other than their own assumptions based on a pervasive feeling. The logic, reason, and evidence, however, says something entirely different. Have you ever blamed yourself for something you've done in the past? If so, for how long? Perhaps you still are? Have you ever held a grudge over another person or them you? Perhaps you have hatred for someone who has opposing ideas, thoughts, and beliefs. Or maybe you think someone is more deserving than another or to blame for their own situation? The belief in free will embeds itself within so much of what we think, feel, and do. It isn't just about abstract philosophical metaphysics that applies only to those in academic circles. The belief in free will is a root feeling and concept that has an effect on how most people think about politics, religion, economics, morality / ethics, law, criminal and justice systems, feelings about ourselves, our relationship to others, and our relationship to the world around us. It's for this reason that the topic needs to move away from academia and into the real world. Individually, the free will topic means a lot to you and everything you think, say, and do. Overall, the topic means a great deal for the entirety of humanity. There are real world consequences to holding such a belief in free will, and those consequences are more dire than one would suspect. Free will is often taken for granted and assumed as something positive. The reality, however, is something surprisingly different and, at least initially, counter-intuitive. In actuality, the belief in free will creates people who have resentment, guilt, and hatred. It drives inequality, egoism, poverty dismissal, retributive tendencies, non-connectedness, and a slew of other unhelpful and downright dangerous thoughts and feelings. If we continue holding on to such illusions as if they are real, the future looks bleak. Rather than try to understand causes and fix things at base, we'll just assume that people could have done other than they did. It is, after all, much easier to place blame on people than it is to look for actual causes. It's a much simpler task to suggest that you or the another person simply could have or should have done differently. If, however, we begin to break away from the illusion -- If we begin to understand that free will is not a rational belief -- only then can humanity progress to a state of less ego, more understanding, and start to develop solutions based on reality rather than fictions. We can either keep holding on to the ultimately harmful free will illusion, or break the illusion in the most educated and safe ways possible. And the only way to break the illusion is with well reasoned information. In this enlightening book, 'Trick Slattery gives the ultimate case against free will, and also explores why it's important that we begin to recognize this fact and understand what it means. He makes the case that it's not only an illusion, but a harmful illusion at that. The only way to begin mending the harms this illusion has caused is to understand why it simply can't exist, and what it does and doesn't mean that it doesn't exist. Free will is an illusion. We experience a feeling of free will, but that feeling doesn't correlate with something real. It's only a feeling. Come be a part of the history that breaks the free will illusion for the betterment of humankind.