In the Interests of Science: Adelaide Bartlett and the Pimlico Poisoning (Hardcover) 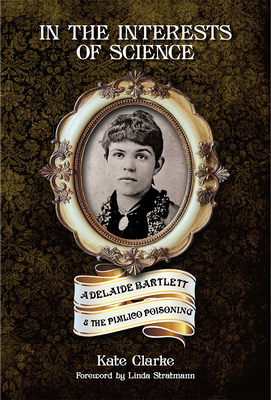 On 12th April, 1886, a young woman, dark-eyed and petite, stood in the dock at the Old Bailey charged with the murder of her husband. She was the attractive, French-speaking wife of a South London grocer and of little importance socially, yet her maiden name was unusual, aristocratic even - Adelaide Blanche de la Tremoille. Uncommon, too, was her alleged crime, for her husband, Edwin Bartlett, had died with his stomach full of liquid chloroform, a poison that was more generally associated with cases of suicide or accidental death, not murder. But then, many things about Adelaide were extraordinary. Her name, the crime with which she was charged, the outrageous scenes at her trial - indeed, her whole life - might have sprung from the pages of a far-fetched novel. Even The Times felt moved to declare that 'whether on the theory of guilt or innocence, the whole story is marvellous.' The crowds that flocked to her trial certainly thought so, and their voracious interest was finally rewarded by the sight of her defence counsel, the great Edward Clarke, sobbing with emotion as the verdict was delivered.