The Immigrant: One from My Four Legged Stool (Hardcover) 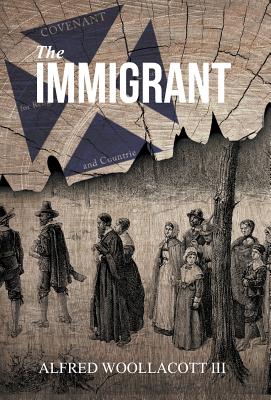 A historical saga that covers a winter of 1650/1651 journey of John Law, a young Scotsman captured by the English Lord Cromwell's forces in seventeenth century Scotland during "The Battle of Dunbar". He survives a death march to Durham, England and is eventually sent to Massachusetts Bay Colony as an indentured servant, arriving aboard the ship "Unity" that was carrying around 150 prisoners of war from different Scottish clans. Now an outcast, and in the sanctuary of the new colony, John starts over as an immigrant in a Puritan theocracy. He is first indentured to the Saugus Iron Works and then to Concord as a public shepherd in West Concord (now Acton). The young man faces obstacles often beyond his control, and his only ally is his faith. After his indenture is served he struggles a near lifetime to obtain title to his promised land. From start to finish "The Immigrant" is an intoxicating journey that follows the travails of John, his faith in God, his good wife and growing family.