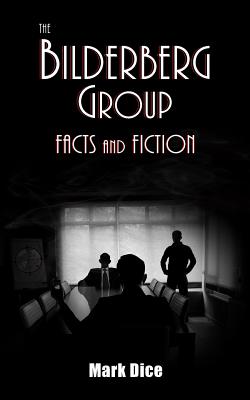 Every spring since 1954, a group of approximately one hundred of the world's most powerful businessmen, politicians, media moguls, and international royalty meet in secret for several days to discuss the course of the world. Called the Bilderberg Group after the Bilderberg Hotel in Oosterbeck, Holland where their first meeting was held, this off the record annual gathering is said to be where the globalist puppet masters plot and scheme. Does this group of power elite develop new political, economic, and cultural policies that are then covertly implemented by their underlings? Do they choose who our world leaders will be, including the next president of the United States? Is the Bilderberg Group a shadow government? Are they the Illuminati? Why has the mainstream media had a complete blackout regarding their meetings for decades? Who attends? And who pays for it? Is this "just another conference?" Or, are the "conspiracy theorists" right? What is the evidence? How were they first discovered? What are they doing? And should the public be concerned? Secret society expert Mark Dice will show you the hidden history, financial records, and some of the insider leaks showing how this small group's consensus has staggering effects on the political landscape of the world, global economies, wars, and more, as he uncovers The Bilderberg Group: Facts & Fiction.

Mark Dice is an expert on secret societies and conspiracies whose YouTube channel has received over 300 million views and his viral videos have been mentioned on the Fox News Channel, CNN, the Drudge Report, TMZ, the New York Daily News, the Washington Times, and other media outlets around the world. He has been featured on various television shows including the History Channel's Decoded and America's Book of Secrets; Conspiracy Theory with Jesse Ventura, Secret Societies of Hollywood on E! Channel, America Declassified on the Travel Channel, and is a frequent guest on Coast to Coast AM, The Alex Jones Show, and more. Mark Dice is the author of several popular books on secret societies and conspiracies, including The Illuminati: Facts & Fiction, Big Brother: The Orwellian Nightmare Come True, The New World Order: Facts & Fiction, Inside the Illuminati, and Illuminati in the Music Industry. While much of Mark's work confirms the existence of secret government programs and cover-ups, he is also dedicated to debunking conspiracy theories and hoaxes and separating the facts from the fiction; hence the "Facts & Fiction" subtitle for several of his books. He has a bachelor's degree in communication from California State University.