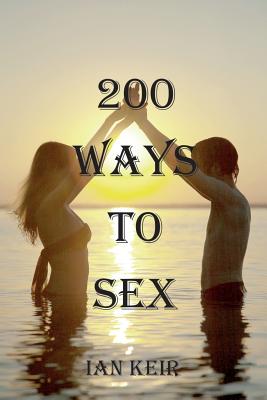 This book contains 2 sections, the first on 200 different ways to have sex including information on having sex while pregnant, while the second section deals with bondage mainly because of the interest in bondage caused by "Fifty Shades Of Gray" series of books with particular interest in the safety features of bondage.The first section has details ofPosition Type with information on the major positions you can use with information on the advantage of each of the positionsStimulation This part cover the simulation of sex parts of the woman and also has information on the location on the simulation section.Penetration This part looks at the different types of penetration and when to use each type.Adding Petting This part looks at the different types of petting and why you should use it to increase the sexual drive of your partner.Sex During Pregnancy This part looks as whether it is safe to have sex during pregnancy, conditions when you shouldn't have sex while pregnant, Sex Positions This is the major part of the book listing 200 sex positions with each sex position on a separate page with a drawing of the sex position on the top half of the page and information on bottom part of the page.SECOND SECTIONIntroduction To BondageThis part looks at why bondage can be fun and not the scary thing it may appear to some people.Safe Bondage This part looks at the rules of safe bondage and such things like discussing what will happen to the bottom while in bondage, the very important Safe Word so that the bottom can tell the top when they have had enough and want to be released.Rope, Leather, Metal, Cloth or Nylon Restraints This part takes an in depth look at the advantages and disadvantages of using rope, leather, metal, cloth or nylon restraints and some of safety issues concerned with each type of restraint.Bondage Positions This part shows a list of bondage positions and also lists some of the dangers of using that position.Bondage Restraints This part shows just some of the equipment you can buy and use in bondage.