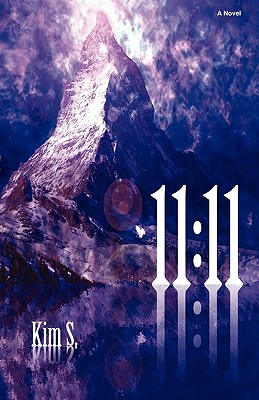 11:11 copyright (c) 2009 by Kim S. All rights reserved. A friend of mine first introduced me to the natural Law of Attraction in early 2007, and I found myself caught up in this "New Age" sensation along with many others around me. Several of my coworkers had Buddha's dictum "All that we are is the result of what we have thought" posted in their cubicles-each of them determined to improve their lives with the help of this daily reminder. I, too, was so inspired by this revelation that my second book came to me in record speed. In 2007, I resolved to put this theory to the test-to determine, for myself, whether it is true that we attract what we focus on. I began meditating and making an honest effort to start every single morning with at least five grateful thoughts. After nearly three years of consciously and deliberately applying the principles of the Law of Attraction in my life, I present to you my third book titled 11:11. For me, this is about so much more than taking responsibility for one's own life. It's about each of us somehow harmonizing ourselves with everyone else. I don't think our goal, as individuals, is to follow the exact same course; rather, the key is to combine loyalty to one's own beliefs with veneration for others'. That is the true path to harmony. Ultimately, I think we're all looking at the same thing. We're just viewing it from different standpoints and using our own unique words to describe it. I hope the words I've chosen to describe my personal beliefs will warm your heart, and I hope you're able to see some common ground between us. That is my intention. About the Author When Kim S. published her first book, A Letter to My Son, in 2004, she had no idea why she was compelled to purge her negativity in such a public way. But several years later, she knows. It's as though it was meant to be all along, and her second and third books bring it all full circle. A Letter to My Son was based on some of Kim's life experiences, but many of the characters were fictional and some of the story ideas were sparked by nothing more than a telephone conversation. The book, which stemmed from a family tragedy that happened when she was a teenager, was a reflection of her mindset at the time. She saw herself as a victim of circumstance, and this was the vantage point she viewed the world from for many years to come. After being introduced to the Law of Attraction in early 2007, Kim S. was so inspired that she wrote and published her second book, A Letter to My Daughter, in record speed. It expressed a joyful time in her life, and it communicated a message of being true to yourself while respecting other people's choices. Kim resolved to put this theory to the test--to determine, for herself, if it is true that we get what we focus on. After nearly three years of consciously and deliberately applying the principles of the Law of Attraction in her life, she is proud to present her third book, titled 11:11. Kim S. believes we always prove ourselves right. We all receive what we expect to receive from life, and we attract the circumstances that match our personal vibrations at any given time. This is a natural, impartial law of our universe--just as gravity is--and each of her books demonstrates it very clearly in its own way.