Lynched by a Mob! The 1892 Lynching of Robert Lewis in Port Jervis, New York (Hardcover) 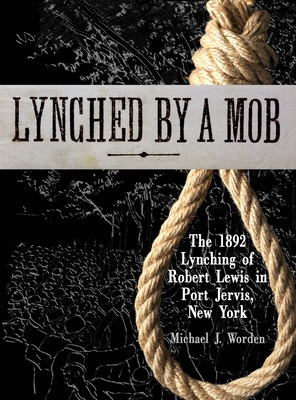 On the evening of June 2, 1892, a frenzied mob dragged Robert Lewis nearly a half a mile through the streets of Port Jervis, New York, before hanging him from the limb of a tree. Lewis, an African American, was no stranger to the village: he had lived and worked in Port Jervis all his life. But on that fateful night, Lewis stood accused of brutally raping a young, white woman named Lena McMahon, and for that he would suffer an ignominious death. Local authorities and civic leaders were powerless to stop the raging mob, and, despite the large number of witnesses present, nobody was ever held accountable for his murder. 130 years later the complete story of the lynching is told. Was Lewis set up to commit the crime? Who instigated the mob? Why wasn't anyone held accountable? Author Michael J. Worden has spent years researching the details of the case, uncovering court documents that haven't been seen in 130 years, and tracking down the ultimate fate of Lena McMahon.