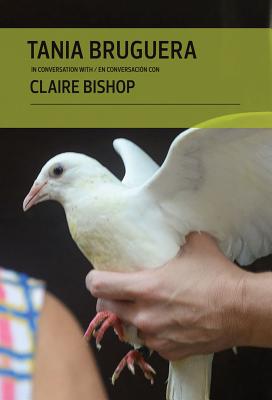 A controversial figure working in installation and performance, Cuban artist Tania Bruguera (born 1968) has consistently blurred the lines between art and activism. Defining herself as an initiator rather than an author, she often invites spectator participation and works in a collaborative mode, working with various organizations, institutions and individuals to challenge political and economic power structures and the control they hold over society. She researches and performs the ways in which art can be applied to everyday life, and how its effects can translate into political action. From offering Cubans one minute of uncensored time in Havana's Plaza de la Revoluci n (#YoTambienExijo, 2014) to operating a flexible community center in Corona, Queens (Immigrant Movement International, 2011), Bruguera strives to make Arte til (Useful Art), an art that imagines and provides tools to bring about social change.

Published in the Fundaci n Cisneros' Conversaciones/Conversations series, this volume features an in-depth conversation between the artist and the renowned art historian Claire Bishop. In this interview, Bruguera tells her own story, recounting the development of her early work in 1980s Cuba, motivated by her political activism, and her shift from intimate performances to the orchestration of the large-scale interactive situations and events that characterize her work today.