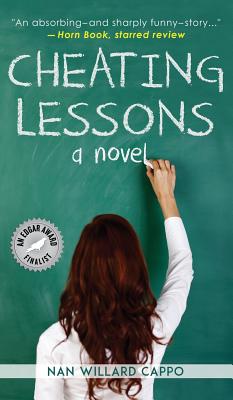 Sixteen-year-old Bernadette Terrell is a champion debater who adores books, contests, and winning. When she's named captain of her school's Classics Bowl team to compete on TV against their private school rival, Bernadette is thrilled. This is more than a chance to earn the state title, win money for college, and bring glory to her run-down Michigan town. It's even more than a chance to make some nonfictional friends for a change. This contest is what Bernadette has trained for her whole life. Winning is her destiny.

Or is it? On the eve of the championship match she discovers that someone she trusts has cheated. And Bernadette is the only one who knows. An honors student who's always been sure of the right thing to do, now she wonders just what that might be, since "winning" has taken on a new meaning. And yet--it's still a competition. And she's still a girl who hates to lose.

In this coming-of-age story that will speak to teens, parents, and teachers, Nan Willard Cappo uses suspense and humor to craft a mystery about school cheating, friendship, peer pressure, and courage, in which an appealingly smart heroine must decide for herself what battles are truly worth winning. Named an ALA Popular Paperback for Young Adults, a "Clean Reads for Girls" by YALSA, a Junior Library Guild Selection, and given a Horn Book starred review, Cheating Lessons blends classic literature, academic ambition, and a riveting ethical dilemma into a novel that never cheats the reader.