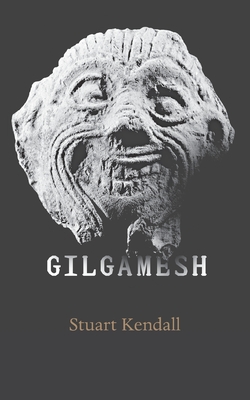 Composed over 2,500 years, lost in the deserts of Iraq for 2,000 more, Gilgamesh presents a palimpsest of ancient Middle Eastern cultic and courtly lyrics and lore. The story of a visionary journey beyond the limits of human experience, Gilgamesh is a tale of friendship, adventure, mortality, and loss. The legends it collects ultimately informed Greek and Egyptian myths, Hebrew Scriptures, and Islamic literature. Scholarly translations of Gilgamesh often dilute the expressive force of the material through overzealous erudition. Popular versions of the poem frequently gloss over gaps in the text with accessible and comforting, but ultimately falsely ecumenical language. In this new version, Stuart Kendall animates the latest scholarship with a contemporary poetic sensibility, inspired by the pagan worldview of the ancient work. Transcriptions of all of the available tablets and tales have been harnessed to present a fluid and holistic Gilgamesh, true to the archaic mind. This Gilgamesh is a poem of environmental encounter and, ultimately, ecological disaster. It is a contemporary poem rooted in the origins of our civilization, a record of the first break of light at the dawn of our consciousness.

"As Gilgamesh enters the domain of the classical-as it has for several decades now-each new generation looks for a way to bring it from its ur-world into the living present. Toward this end Stuart Kendall's is the exemplary version for our time, a reading that allows the mind to see what had been too long lost to us and what we so much need to make us fully human. This is the place to go for further sustenance."-Jerome Rothenberg.