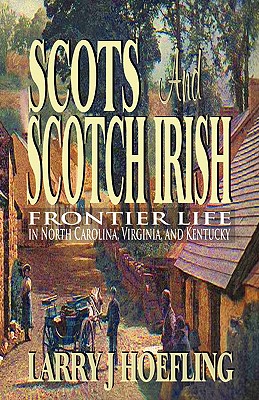 They left Ireland by the boatload to head for America before the Revolution, and settled on the rugged western frontiers of the colonies. The descendants of Scotsmen who had colonized the Irish Kingdom of Ulster, they lived for several generations on Irish soil before heading across the Atlantic and the backwoods of America. They founded communities in the Shenandoah Valley of Virginia and the Yadkin River valley of western North Carolina, eventually crossing the Cumberland Gap for the Kentucky frontier. For those Scots-Irish immigrants, life was a test of hardiness, hardship, and endurance, but frontier families also managed time for horseracing, gambling, and socializing - despite their strict Presbyterian ways. They founded churches and helped mold the governments of the new country. Scots and Scotch Irish offers a view of that time and place, along with thousands of names of those early settlers, drawn from church records, military rolls, deeds, court records, and newspapers of the time, all listed alphabetically in a series of appendices by source.