Work on Oneself: Wittgensteins Philosophical Psychology (Institute for the Psychological Sciences Monograph #1) (Paperback) 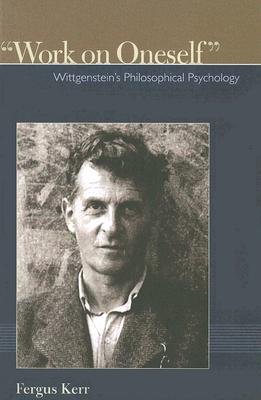 Ludwig Wittgenstein (1889-1951) was by any reckoning one of the major modern philosophers. Raised as a Catholic in late-19th century Vienna, he later gave up practicing his religion; yet, as journal notes and many anecdotes attest, he remained deeply if ambivalently interested in religion throughout his life. Students of the philosophy of religion are familiar with his lectures on religious belief. For the rest, however, in the vast collection of commentary and criticism that has accumulated over the years, little attention has been paid to his religious interests.

In consideration of how far Wittgenstein's Catholic background may have influenced his philosophical reflections on the soul, preeminent author Fergus Kerr explores aspects of Wittgenstein's personal and professional life. Kerr examines many of Wittgenstein's writings and lectures, including his last set of lectures in the mid-1940s at the University of Cambridge on philosophical psychology. Beginning with a largely biographical study of Wittgenstein, Kerr argues that Wittgenstein's philosophy was partly prompted by his strong reaction against what he regarded as an excessively rationalistic type of Catholic apologetics that he was taught in his early school years. His serious interest as a student at Cambridge in experimental psychology and in the works of Freud is documented. In the second half of the book, Kerr expounds Wittgenstein's famous "Private Language Argument"--his mockery of the idea that one could have thoughts that are in principle incommunicable. He then discusses three philosophers, John Wisdom, Stanley Cavell, and Richard Eldrige, who have developed Wittgenstein's ideas on self-understanding in ways that should interest students with a desire to rethink psychology in the context of an integrally humanist anthropology of the human person.

ABOUT THE AUTHOR:
Fergus Kerr, O.P., is an honorary senior lecturer in theology and religious studies at the University of Edinburgh and past head of Blackfriars Hall, University of Oxford. He is the editor of New Blackfriars and the renowned author of numerous works, including Theology after Wittgenstein, After Aquinas: Versions of Thomism, and most recently Twentieth-Century Catholic Theologians: From Neoscholasticism to Nuptial Mysticism. PRAISE FOR THE BOOK:
" A] fresh and fascinating, impressively lucid study of Wittgenstein's later philosophy, and of his attitude to religion." -- Nicholas Lash, Modern Theology