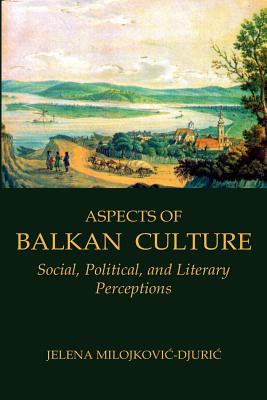 The selected essays present a palimpsest of sorts aiming to elucidate the multifaceted responses to major historical events facing the ethnically diverse population of the Balkan Peninsula. The essays dealing with the Eastern Question were written at the time when the recent civil war in Bosnia-Herzegovina was replicating the Eastern Question in its current phase. The juxtaposition of everyday public discourse, literary renderings, ordinances, petitions, so called 'preventive censorship' of the press, denials, and appeals provide new points of view enhancing the under- standing of social and political circumstances in the occupied provinces. Several essays examine the assessments of the Eastern Question by outstanding historians and writers. The essays devoted to the ideological, literary, and fine-arts issues trace the cultural scene during the twentieth century. "The latest book by Jelena Milojkovi -Djuri covers her familiar domain, the Balkans and the fate of the Slavic people, especially the Serbs. Her span of topics will satisfy both the connoisseurs of the area and more general readers. Professor Djuri moves with ease from one historical era to another, from the fateful events of the 19th and 20th centuries to con- temporary writers, from evils of occupation to the struggle for freedom. In a word, a remarkably pertinent study for those interested in under- standing the Balkan powder keg, even today." - Vasa Mihailovich, Professor of Slavic Languages and Literatures, University of North Carolina, Chapel Hill. "Jelena Milojkovi -Djuri , noted scholar of the Balkans, has assembled in one impressive volume a number of critically important, well crafted essays on Balkan history, culture, literature, and religion. Her treatment of the Eastern Question is particularly valuable in a volume which pro- vides scholars, students, and others interested in this fascinating and turbulent area of the world, with a wealth of information to digest and consider." - Donald L. Dyer, Professor of Russian and Linguistics, University of Mississippi. Editor of Balkanistica.