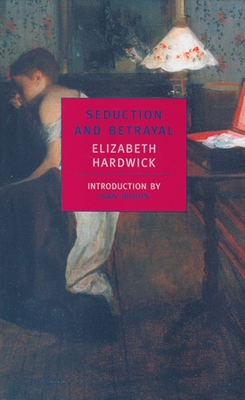 By Elizabeth Hardwick, Joan Didion (Introduction by)
$16.95
Unavailable, Out of Stock, or Out of Print

The novelist and essayist Elizabeth Hardwick is one of contemporary America's most brilliant writers, and Seduction and Betrayal, in which she considers the careers of women writers as well as the larger question of the presence of women in literature, is her most passionate and concentrated work of criticism. A gallery of unforgettable portraits--of Virginia Woolf and Zelda Fitzgerald, Dorothy Wordsworth and Jane Carlyle--as well as a provocative reading of such works as Wuthering Heights, Hedda Gabler, and the poems of Sylvia Plath, Seduction and Betrayal is a virtuoso performance, a major writer's reckoning with the relations between men and women, women and writing, writing and life.

Elizabeth Hardwick (1916–2007) was born in Lexington, Kentucky, and educated at the University of Kentucky and Columbia University. A recipient of a Gold Medal from the American Academy of Arts and Letters, she is the author of three novels, a biography of Herman Melville, and four collections of essays. She was a co-founder and advisory editor of The New York Review of Books and contributed more than one hundred reviews, articles, reflections, and letters to the magazine. NYRB Classics publishes Sleepless Nights, a novel, and Seduction and Betrayal, a study of women in literature.

Joan Didion is the author of the novels Run River, Play It as It Lays, A Book of Common Prayer, Democracy, and The Last Thing He Wanted. Her nonfiction includes Slouching Towards Bethlehem, The White Album, Salvador, Miami, After Henry, and Political Fictions.