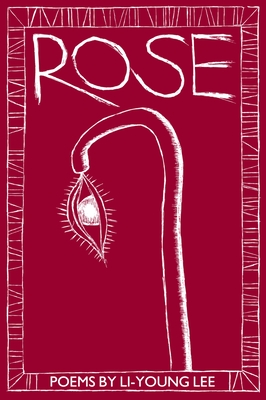 Table of Contents I.
Epistle
The Gift
Persimmons
The Weight Of Sweetness
From Blossoms
Dreaming Of Hair
Early In The Morning
Water
Falling: The Code
Nocturne
My Indigo
Irises
Eating Alone II.
Always A Rose III.
Eating Together
I Ask My Mother To Sing
Ash, Snow, Or Moonlight
The Life
The Weepers
Braiding
Rain Diary
My Sleeping Loved Ones
Mnemonic
Between Seasons
Visions And Interpretations.

Li-Young Lee was born in 1957 in Jakarta, Indonesia, of Chinese parents. In 1959 his father, after spending a year as a political prisoner in President Sukarno's jails, fled Indonesia with his family. Between 1959 and 1964 the Lee family traveled throughout Hong Kong, Macau and Japan, until arriving in America. Li-Young Lee's first poetry collection, Rose, won the New York University's 1986 Delmore Schwartz Memorial Poetry Award. His second collection, The City In Which I Love You, was the 1990 Lamont Poetry Selection of the Academy of American Poets. His third collection, Book of My Nights, was awarded the 2002 William Carlos Williams Award from the Poetry Society of America. In September 2006, BOA Editions published Breaking the Alabaster Jar: Conversations with Li-Young Lee, edited by Earl G. Ingersoll. This book collects the best dozen interviews Li-Young Lee has granted since the 1986 publication of Rose, including the 1988 interview with Bill Moyers on his The Power of the Word series. Breaking the Alabaster Jar contains new insights on Li-Young Lee's aesthetics, history, and various philosophies. Breaking the Alabaster Jar is an invaluable companion to Li-Young Lee's previous award-winning poetry collections. Li-Young Lee currently lives in Chicago, Illinois, with his wife Donna and their two children.