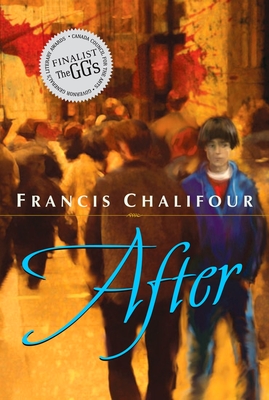 By Francis Chalifour
$7.95
Unavailable, Out of Stock, or Out of Print


Fifteen-year-old Francis’s father has committed suicide and nothing will be the same again. Suicide is ugly, unglamorous, and it is never a solution. Its aftermath is dreadful.

At first, Francis feels a terrible guilt. Could he have been a better son? What if he hadn’t left his home in Montreal to go on a brief holiday in New York the weekend it happened? Soon the guilt turns to anger and then to a sadness so profound that he thinks he can’t bear it.

After is the map of a year following the suicide of a family member. In the course of months, with the love of his mother, with counseling, and with the balm of time, Francis takes his first steps toward coming to terms with his father’s – and his family’s – tragedy. After is intensely personal, but it will resonate with anyone who has faced the loss of a loved one.

This brilliant autobiographical first novel is an acute analysis of the grieving process. Although it is steeped in Francis’s sadness, it is ultimately a story of hope.

Francis Chalifour was born and raised in Quebec and now lives in Toronto, where he teaches social sciences to grades seven and eight. He is currently pursuing a Master’s degree in Education at the University of Ottawa, specializing in the influence of the mourning process on children’s learning. Francis has been writing for most of his life. His first published work was the French novel Zoom Papaye, and he has contributed articles to Maclean’s, Le Devoir, and La Presse. He has also hosted a radio program and worked for Télévision française de l’Ontario.