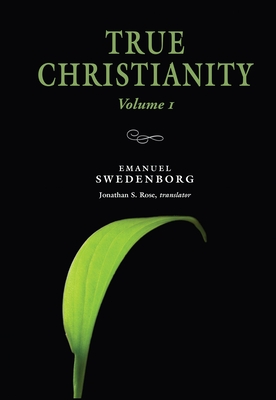 True Christianity presents a satisfying and sensible alternative to mainstream Christianity. The last book published by Swedish scientist-turned-seer Emanuel Swedenborg, it serves as both the keystone in the architecture of his theology and the summary of his far-reaching psychological insights. This volume, the first of two, provides unique answers to humankind's perennial questions about the nature of God and about Jesus--not only what his purpose was and how he fulfilled it, but why his life and death are still relevant to us now.

The New Century Edition of the Works of Emanuel Swedenborg is a modern-language, scholarly translation of Swedenborg's theological works. The series' easy-to-read style retains the dignity, variety, clarity, and gender-inclusive language of Swedenborg's original Latin, bringing his thought to life.

This portable edition contains the full text of the New Century Edition translation, but not the introduction, annotations, or other supplemental materials found in the deluxe edition.

Emanuel Swedenborg (1688-1772) was a Swedish scientist, nobleman, and theologian who spent his life investigating the mysteries of the soul. Born in Stockholm to a staunchly Lutheran family, he graduated from the University of Uppsala and then traveled to England, Holland, France, and Germany to study the leading scientists of the time. He gained favor with Sweden's King Charles XII, who gave him the position of overseer of the Swedish mining industry. Later, he was given a seat on the Swedish House of Nobles by Charles XII's successor, Queen Ulrika Eleonora. Between 1743 and 1745 he began to have visions of heaven, hell, and Jesus Christ which resulted in a stream of books about the nature of God, the afterlife, and the inner meaning of the Bible. He devoted the last decades of his life to studying Scripture and presenting his own unique theology to the world.