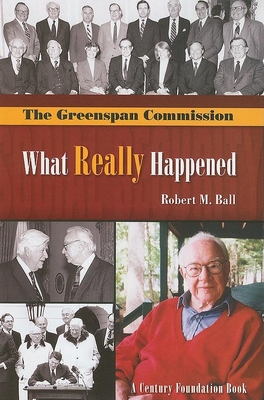 Robert M. Ball (1914-2008), who led the Social Security Administration for decades and became Social Security's chief advocate and defender, served as House Speaker Tip O'Neill's representative on the Greenspan Commission. In this previously unpublished account, excerpted from Bob Ball's memoirs by his longtime editor Thomas N. Bethel, Ball describes the inner workings of the commission and what really happened. He reveals how the commission deadlocked and how, at the last minute, Ball and White House Chief of Staff James Baker painstakingly negotiated compromises that their principals--Speaker O'Neill and President Reagan--could accept.

Ball wrote this account as a cautionary tale, warning: To suggest that the Greenspan Commission provides a model for resolving questions... would be laughable if it were not so dangerous.... A commission is no substitute for principled commitment. Above all, we should not allow ourselves to fall into the trap of expecting miracles from another Greenspan Commission.