Custer, the Seventh Cavalry, and the Little Big Horn: A Bibliographyvolume 15 (Hidden Springs of Custeriana #15) (Hardcover) 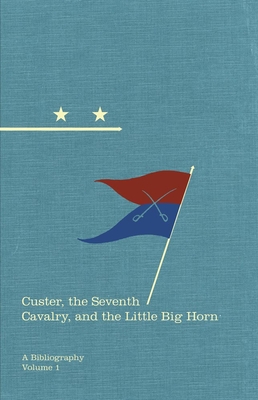 By Michael F. O'Keefe, Robert M. Utley (Foreword by)
This Book Is Not Sold Online - Inquire In Store

Since the shocking news first broke in 1876 of the Seventh Cavalry's disastrous defeat at the Little Big Horn, fascination with the battle--and with Lieutenant George Armstrong Custer--has never ceased. Widespread interest in the subject has spawned a vast outpouring of literature, which only increases with time. This two-volume bibliography of Custer literature is the first to be published in some twenty-five years and the most complete ever assembled.
Drawing on years of research, Michael O'Keefe has compiled entries for roughly 3,000 books and 7,000 articles and pamphlets. Covering both nonfiction and fiction (but not juvenile literature), the bibliography focuses on events beginning with Custer's tenure at West Point during the 1850s and ending with the massacre at Wounded Knee in 1890. Included within this span are Custer's experiences in the Civil War and in Texas, the 1873 Yellowstone and 1874 Black Hills expeditions, the Great Sioux War of 1876-77, and the Seventh Cavalry's pursuit of the Nez Perces in 1877.
The literature on Custer, the Battle of the Little Big Horn, and the Seventh Cavalry touches the entire American saga of exploration, conflict, and settlement in the West, including virtually all Plains Indian tribes, the frontier army, railroading, mining, and trading. Hence this bibliography will be a valuable resource for a broad audience of historians, librarians, collectors, and Custer enthusiasts.