After the Future: The Paradoxes of Postmodernism & Contemporary Russian Culture (Critical Perspectives on Modern Culture) (Paperback) 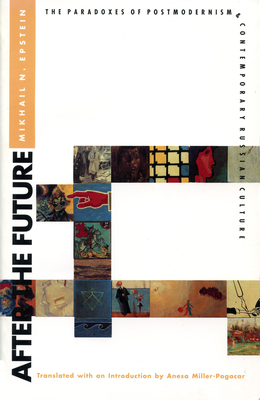 By Mikhail N. Epstein, Anessa Miller-Pogacar (Translated by)
$32.95
Unavailable, Out of Stock, or Out of Print

This book brings together for the first time in English the major writings of Mikhail Epstein, one of post-Soviet Russia's most prominent theoreticians of cultural studies and postmodernism. Written from a non-Western point of view yet informed by a familiarity with Western literary theory, it offers a fresh, lucid perspective on the post-communist literary scene as well as a practical and theoretical introduction to the new discipline of Russian "culturology."

Mikhail N. Epstein is founder and former director of the Laboratory of Modern Culture, Experimental Center of Creativity, in Moscow. He is assistant professor of Russian at Emory University. Anesa Miller-Pogacar is a writer, translator, and independent scholar.

"Epstein is probably the most important figure in Russian literary theory in the post-Bakhtin, post-Lotman era. What he has to say is of great interest to everyone interested in cultural studies."—Walter Laqueur, Center for Strategic and International Studies

"Epstein has been a major theoretician of Russian postmodernism since the early 1980s. His essays on contemporary culture are an essential part of current debates on totalitarian discourse and its role in shaping Russian art of the late twentieth century. Epstein's contribution is unique insofar as he is both a major scholar and a vital participant in the cultural processes that constitute the focus of his work."—Nancy Condee, University of Pittsburgh

"Among the many varieties of critical theorists extant in the contemporary world, Mikhail Epstein figures as a Russian rara avis who has yet to be sighted (let alone cited) in Western mappings of cultural discourse. Despite his emigration to the United States in 1988, the English-speaking community of literary scholars is largely still unaware of Epstein's formative role in the intellectual upheaval that has shaped the 'post-Soviet' mentality. That ignorance is soon to be corrected, however, with the publication of After the Future."—Dale Peterson, Amherst College