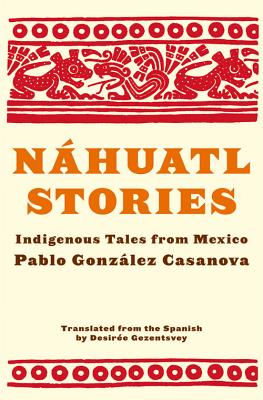 By Pablo González Casanova, Desirée Gezentsvey (Translated by)
$17.95
Unavailable, Out of Stock, or Out of Print

Náhuatl Stories is the first English translation of one of Mexican literature’s classics. The Nahuas—backbone of the Aztec empire—were the pre-Hispanic indigenous people of central Mexico and the Náhuatl literature presented in this collection conveys the customs, traditions, rituals, and beliefs of a culture with a very complex sociopolitical structure. Their cosmology sees gods, human beings, and nature coexisting and interacting on a daily basis. Today, more than 1.5 million people still speak Náhuatl, the second most widely spoken language in Mexico after Spanish, but it is largely underrepresented in literature. These 14 stories were first collected by Pablo González Casanova in 1946, and this unique new edition presents the English translations facing the original Náhuatl texts and includes the author’s introduction as well as an introduction by Miguel León-Portilla, an authority on Nahuatl history and literature.

Pablo González Casanova was a leading Mexican linguist, writer, journalist, and academic. He was a lecturer at the Universidad Nacional de México and carried out extensive research on the Nahuatl language in Teotihuacan. He was also a member of the Mexican Language Academy and one of the founders of the Mexican Institute of Linguistic Research of the Universidad Nacional. Desirée Gezentsvey is an award-winning New Zealand playwright, poet, and translator with a passion for works that reflect social issues of multicultural character.