A Season in the Congo (The French List) (Paperback) 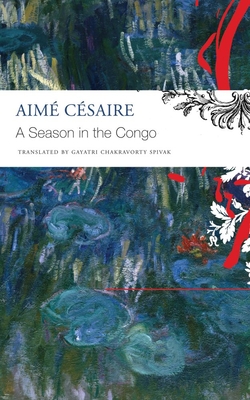 This play by renowned poet and political activist Aime Césairerecounts the tragic death of Patrice Lumumba, the first prime minister of the Congo Republic and an African nationalist hero. A Season in the Congofollows Lumumba’s efforts to free the Congolese from Belgian rule and the political struggles that led to his assassination in 1961. Césaire powerfully depicts Lumumba as a sympathetic, Christ-like figure whose conscious martyrdom reflects his self-sacrificing humanity and commitment to pan-Africanism.

Born in Martinique and educated in Paris, Césaire was a revolutionary artist and lifelong political activist, who founded the Martinique Independent Revolution Party. Césaire’s ardent personal opposition to Western imperialism and racism fuels both his profound sympathy for Lumumba and the emotional strength of A Season in the Congo.

Now rendered in a lyrical translation by distinguished scholar Gayatri Chakravorty Spivak, Césaire’s play will find a new audience of readers interested in world literature and the vestiges of European colonialism.

Aime Césaire (1913–2008)was born in Basse-Pointe, Martinique. Though educated in Paris, he was deeply involved in the struggle for French West Indian rights. He is the author of several volumes of poetry and plays, including Putting in Fetters; Lost Bodies, Decapitated Sun; and The Tragedy of King Christophe. Gayatri Chakravorty Spivak is University Professor in the humanities and director of the Institute for Comparative Literature and Society at Columbia University.