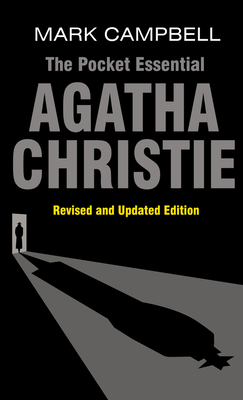 By Mark Campbell
$19.95
Unavailable, Out of Stock, or Out of Print

An informed, engaging and accessible introduction to the Christie phenomenon, examining all her novels and short stories, aupdated to include new material on all recent film, TV and literary adaptations.

Since her debut in 1920 withThe Mysterious Affair At Styles, Agatha Christie has become the chief proponentoftheEnglishvillagemurdermystery.Althoughshecreatedtwoenormouslypopular characters - the Belgian detective Hercule Poirot, and the inquisitive elderly spinster and amateur sleuth Miss Jane Marple of St Mary Mead - it is not generally acknowledged that she wrote in many different genres: comic mysteries (Why Didn't They Ask Evans?), atmospheric whodunnits (Murder On The Orient Express), espionage thrillers (N or M?), romances (under the pseudonym of Mary Westmacott), plays (The Mousetrap) and poetry. She was never afraid to break the rules either, and provoked a storm of controversy with the unorthodox resolution ofThe Murder Of Roger Ackroyd, now acclaimed as one of the classics of British crime fiction.
Christie wrote complex whodunnits in a clear, readable style, which is why her books are as popular now as they were when she first wrote them. Exemplary film and TV adaptations (Kenneth Branagh, John Malkovich, Peter Ustinov and David Suchet as Poirot; Margaret Rutherford and Joan Hickson as Miss Marple), have also encouraged new readers to search out her work.

Mark Campbell is theatre critic for the Kentish Times, has written for the Independent, Midweek and Crime Time, and is one of the main contributors to the two-volume British Crime Writing: An Encyclopedia. He has produced Pocket Essentials on Sherlock Holmes, Agatha Christie and Carry On Films.