Dracula: The Origins and Influence of the Legendary Vampire Count (Paperback) 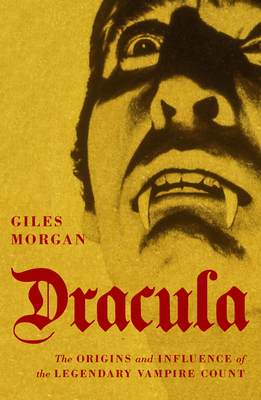 Few fictional characters have proven to be as enduringly popular as the legendary Count Dracula. First published in 1897, Bram Stoker's gothic masterpiece thrilled and disturbed Victorian society with its dark and compelling themes of violence, lust, cruelty and death.

For many, the elegant but threatening figure of Dracula has come to epitomize the concept of the vampire. It is thought that Stoker took the name Dracula from the real-life historical figure of Vlad the Impaler, a medieval Romanian prince with a dark and sinister reputation.

However, Stoker was also influenced by European literary creations such as The Vampyre, written in 1819 by John Polidori, the personal physician of Lord Byron. Polidori based his central character on the personality of the infamous poet and in doing so did much to crystalize the modern concept of the vampire as a sophisticated and sensual aristocrat.

It is arguably within the medium of film, however, that the figure of Dracula has achieved its greatest fame within popular culture.

In Dracula: The Origins and Influence of the Legendary Vampire Count, author Giles Morgan examines the roots of the vampire myth and the creation of Bram Stoker's masterpiece of horror.

Giles Morgan is the author of Pocket Essentials on The Holy Grail, St George, Byzantium, Freemasonry, Saints and The Anglo-Saxons. He is also a fan of Weird Fiction, Science Fiction and Horror and is a regular reviewer of Crime Fiction titles for www.crimetime.co.uk.