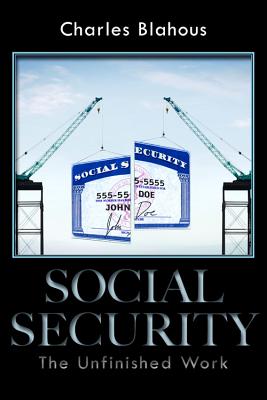 By Charles Blahous
$29.95
Unavailable, Out of Stock, or Out of Print

This is book number 595 in the Hoover Institution Press Publication series.

Drawing on more than fifteen years of work on Social Security policy, first in the U.S. Senate and later in the White House, Chuck Blahous argues that our national Social Security debate is more polarized than it needs to be, even given the depth of legitimate differences over the program’s appropriate future direction. Unless we identify and understand our respective initial assumptions, he explains, we will not be able to fathom the conflicting policy initiatives that they drive. In Social Security: The Unfinished Work he presents some often misunderstood, basic factual background about Social Security. He discusses how it affects program participants and explains the true demographic, economic, and political factors that threaten its future efficacy.

Beginning with a review of the events of 1983, focusing on the substance, intent, and scorekeeping of that year’s Social Security reforms, Blahous explains what happened then, why, and how it led to sharply divergent views of program finances during the Bush administration’s reform initiative and on through today. He dissects competing positions in the current debate and concludes that, unless and until there is broader understanding of how these analytic differences drive opposing policy conclusions, we will continue to talk past and over each other, with little room for negotiation and compromise.

Chuck Blahous, one of the nation’s foremost Social Security experts, serves as one of two public trustees for the Social Security and Medicare programs. He also served as deputy director of President George W. Bush’s national Economic Council and, before that, as executive director of the president’s bipartisan Social Security Commission and as special assistant for economic policy.