The Great Beyond: Art in the Age of Annihilation (Hardcover) 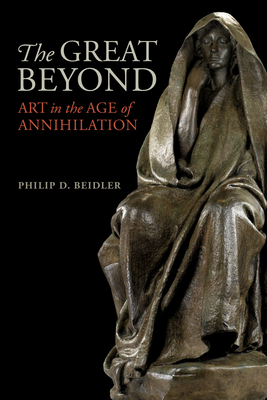 While much about modernism remains up for debate, there can be no dispute about the connection between modernist art and death. The long modern moment was and is an age of war, genocide, and annihilation. Two world wars killed perhaps as many as 100 million people, through combat, famine, holocaust, and ghastly attacks on civilians. The ongoing COVID-19 pandemic is the fifth global pandemic since 1918, with more than a half-million American deaths and counting.

It can hardly come as a surprise, then, that many of the touchstones of modernism reflect on death and devastation. In Philip D. Beidler’s exploration of the modernist canon, he illuminates how these singular voices looked extinction in the eye and tried to reckon with our finitude—and their own. The Great Beyond:Art in the Age of Annihilation catalogs through lively prose an eclectic selection of artists, writers, and thinkers. In 16 essays, Beidler takes nuanced and surprising approaches to well-studied figures—the haunting sculpture by Saint-Gaudens commissioned by Henry Adams for his late wife; Luchino Visconti’s adaptation of Mann’s Death in Venice; and the author’s own long fascination with Beckett’s Waiting for Godot.

The threads and recurring motifs that emerge through Beidler’s analysis bridge the different media, genres, and timeframes of the works under consideration. Protomodernists Crane and Twain connect with near-contemporary voices like Sebald and Morrison. Robert MacFarlane’s 21st-century nonfiction about what lies underneath the earth echoes the Furerbunker and the poetry of Gertrud Kolmar. Learned but lively, somber but not grim, The Great Beyond is not a comfortable read, but it is in a way comforting. In tracing how his subjects confronted nothingness, be it personal or global, Beidler draws a brilliant map of how we see the end of the road.

Philip D. Beidler is professor emeritus of English at the University of Alabama. He is author of several books, including Beautiful War: Studies ina Dreadful Fascination, The Victory Album: Reflections on the Good Life after the Good War, and Late Thoughts on an Old War: The Legacy of Vietnam.

“This is a thought-provoking book. The themes and issues Beidler addresses in The Great Beyond are timely and have the potential to be deeply relevant for our own era.”
—Margaret Hutchison, coeditor of Portraits of Remembrance: Painting, Memory, and the First World War


“The Great Beyond is a project that glows with polished fire of mature ambition. Philip Beidler has taken on fundamental questions of being human that lead inevitably to the same blank void we call Death. But what Beidler also knows is that human connection, art, and beauty are bulwarks to combat this awaiting end. And what a range of proofs he has assembled here: literature, music, philosophy, sculpture, history, war, race, drama, nature, and politics! The breadth and depth of this project is breathtaking—his prose meticulous and beautiful, striking deeply without fussy analysis. He is after the bone of truth and, in my view, achieves it.”
—Donald Anderson, author of Fragments of a Mortal Mind: A Nonfiction Novel