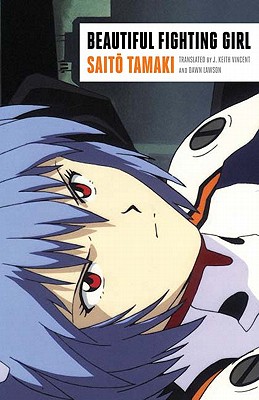 From Cutie Honey and Sailor Moon to Nausicaä of the Valley of the Wind, the worlds of Japanese anime and manga teem with prepubescent girls toting deadly weapons. Sometimes overtly sexual, always intensely cute, the beautiful fighting girl has been both hailed as a feminist icon and condemned as a symptom of the objectification of young women in Japanese society.
In Beautiful Fighting Girl, Saito Tamaki offers a far more sophisticated and convincing interpretation of this alluring and capable figure. For Saito, the beautiful fighting girl is a complex sexual fantasy that paradoxically lends reality to the fictional spaces she inhabits. As an object of desire for male otaku (obsessive fans of anime and manga), she saturates these worlds with meaning even as her fictional status demands her ceaseless proliferation and reproduction. Rejecting simplistic moralizing, Saito understands the otaku’s ability to eroticize and even fall in love with the beautiful fighting girl not as a sign of immaturity or maladaptation but as a result of a heightened sensitivity to the multiple layers of mediation and fictional context that constitute life in our hypermediated world—a logical outcome of the media they consume.
Featuring extensive interviews with Japanese and American otaku, a comprehensive genealogy of the beautiful fighting girl, and an analysis of the American outsider artist Henry Darger, whose baroque imagination Saito sees as an important antecedent of otaku culture, Beautiful Fighting Girl was hugely influential when first published in Japan, and it remains a key text in the study of manga, anime, and otaku culture. Now available in English for the first time, this book will spark new debates about the role played by desire in the production and consumption of popular culture.

Hiroki Azuma is codirector of the Academy of Humanities in the Center for the Study of World Civilizations at the Tokyo Institute of Technology. A leading cultural critic in Japan, he is the author of seven books, including Ontological, Postal, which won the 2000 Suntory Literary Prize.

"A foundational book illuminating the phenomenon of cool Japan, Beautiful Fighting Girl explains the global desire for images of little girls that kick ass. Sait ’s uncomfortably deep understanding of the particulars of this Japanese phenomenon allows us to finally begin to answer questions about the far-reaching implications of the now nearly universal fetish, of our atomizing technologies of interactivity, and of our obsessions with new media. Its place in contemporary letters is nearly unparalleled and I wouldn’t be surprised if this book gives that once a decade jostle leading to the n-th wave of feminism or a complete reconfiguration of our understanding of male desire." —Jonathan E. Abel, Pennsylvania State University