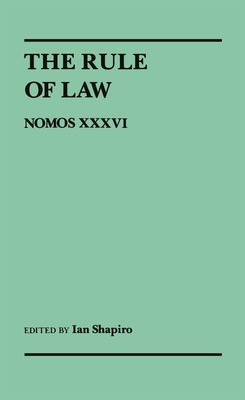 This is book number 23 in the Nomos - American Society for Political and Legal Philosophy series.